All Else is Folly – First UK Edition Dust Jacket….

We’ve been on compassionate leave from Field Punishment for the past few months, but that doesn’t mean our obsessive collecting has slowed a jot.  We recently added a spectacular copy of the first British edition of Peregrine Acland’s All Else is Folly to the regimental library.  The jacket is, admittedly, battered and torn, but this copy has a lovely inscription that I’ll get to in short order.

Before we get there, I’d like to point out the startling image on the front cover.  This same illustration was used for the first American edition, the cheap American Grosset & Dunlap edition, as well on one of the Canadian editions, however, these three North American variants all have a banner containing promotional blurbs that just so happen to conceal a trench full of dead and dying men.

All Else is Folly by Peregrine Acland. New York: Coward McGann, 1929.

An argument could be made that these blurbs help distinguish the novel in a crowded literary marketplace, particularly with the aptly termed ‘war-book boom’ of the 20’s & 30’s.  To my mind though, this altered image is reminiscent of the infamous ‘censored’ banners draped across C.R.W. Nevinson’s Paths of Glory (1917).

Believe it or not, it is surprisingly difficult to find an image of this painting in the censored condition. 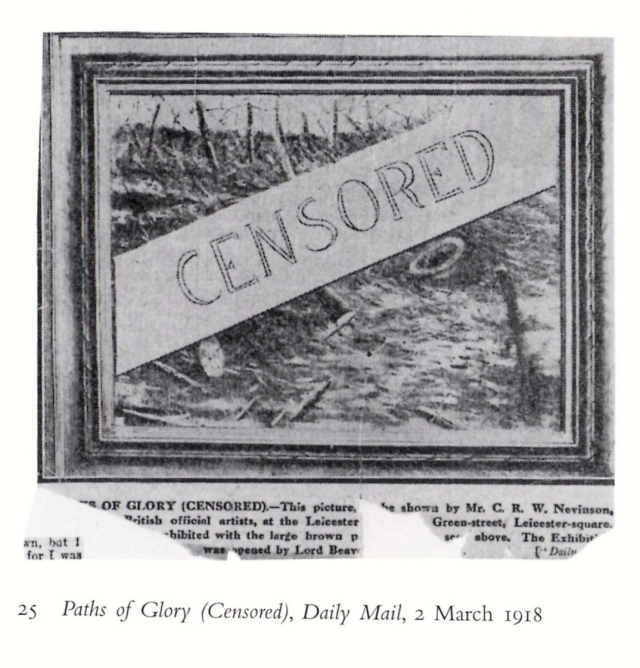 It is because of issues like these that arise through an examination of the extra-textual elements of the book, that I wish academic libraries were more concerned with collecting & preserving dust-jackets & other ephemera.

The rear cover, of the 1st UK of Folly.

Ah, the age-old dilemma: which to choose, The Transgressor or The Squire’s Daughter?  I’m trying to track down a copy of Ann Reid’s We Are the Dead to see if this title is an allusion to In Flanders’ Fields.

The front inside flap; the rear has no text.

For a quick primer on the two literary allusions in this summary, I’ll refer you to George Simmers’ Great War Fiction blog.  Here are his entries for Simon Called Peter and Peter Jackson, Cigar Merchant. 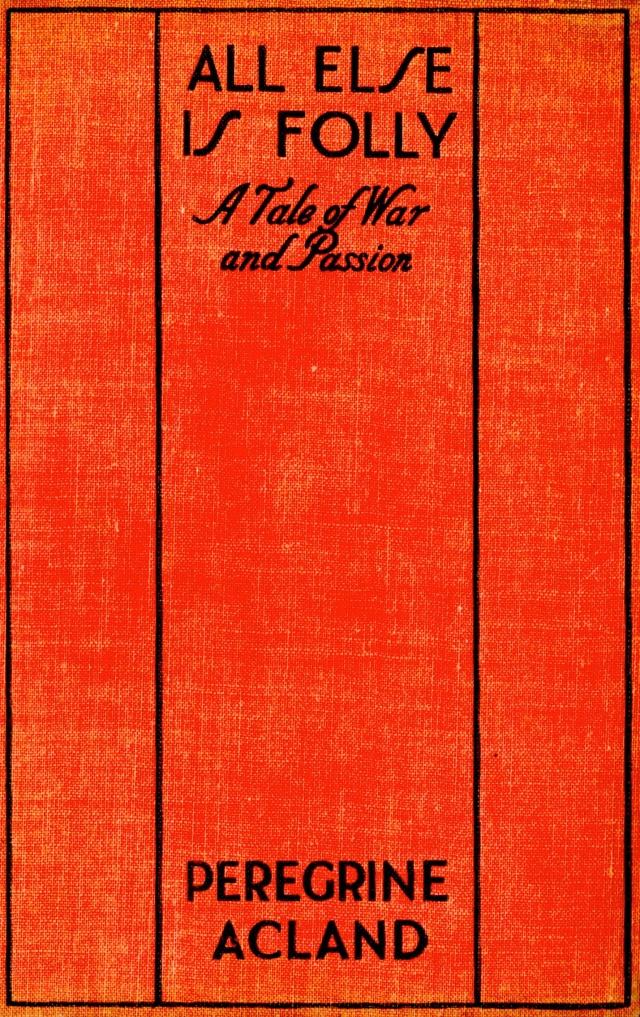 And finally, the promised inscription:

Astute readers will note that this particular copy of All Else is Folly is inscribed by Acland to his wife, Mary Louise Acland.  The novel is dedicated to her: “MLA.”  The dates above are the date & location they were married on the left, and the date of the inscription of this present, given to his wife on their 11th anniversary.  This is probably the first copy of Folly to land in North America.  Unfortunately, there is no marginalia in her hand.  Still, a fine addition to the collection.

This entry was posted in Uncategorized and tagged All Else is Folly, C.R.W. Nevinson, Constable, Dust Jacket, Mary Louise Acland, Peregrine Acland. Bookmark the permalink.